Bangkhuad A Community Study in Thailand 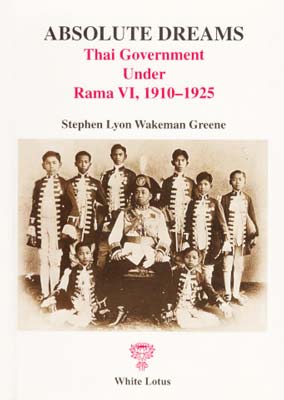 This monograph examines the troubled reign of the nation’s first Western-educated monarch. King Vajiravudh had great expectations of power when he ascended the throne because his father had reorganized the government along more Western, functional lines. The new King wanted to bring to Thailand many of those institutions and practices he had observed in Britain. Accordingly, he created associations, started social clubs and promoted Western forms of literature while urging the Thais to rally around nation, king and religion. It soon became evident that the King’s efforts were not creating the desired unity. Members of the royal family began quarreling with him soon after his coronation and a coup d’état among junior military officers was uncovered two years into his reign. The King also tried to wrestle with other chronic problems in his government. The Ministry of the Interior’s predominant position in the bureaucracy was a constant source of conflict that led to numerous department reshuffles. No matter how creative these efforts, the essential problem always was the bureaucrats, not the bureaucratic structures. Thai government was, more than anything else, an exercise in personal aggrandizement.