Bangkok: Its Life and Sport

Provision of Urban Infrastructure Through Land Subdivision Controls in Thailand

Graphic Look at the Lands & Peoples of Southeast Asia, A Mosaic of Cultures, New Light on a Forgotten Past, Pagan, on the Road to Mandalay 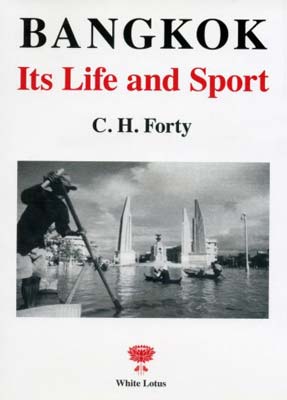 Bangkok: Its Life and Sport

This book is a good guide of the late 1920s for newcomers in Thailand when Bangkok had a population of 450 000 inhabitants. The first three chapters deal with all aspects of life in Bangkok and the rural area in central Thailand as perceived by the author, a Lieut.-Col. of the British army who was considered to be worth knowing. He served as governor for two years at Koh Pai, an island that was also used for penal purposes. In the remaining chapters, the author deals with all aspects of hunting, mainly snipe. Several chapters are devoted to guns, loading and handling them, to kit and ammunition, etc. In a humorous tongue in cheek way he deals with mishaps, avoidable and unavoidable, children, buffalos, bulls, snakes, snakebites, antidotes, cobras, criminals, gun robbery and strangers. He describes how he was robbed of his rifle, thrown into a ditch and left for dead. He narrates an incident when a young boy and girl were hidden in the bushes while they were fishing and he accidently shot the boy with some pellets while aiming at snipes. He describes the reaction of the father, “Well Sir”, said the father, a burly farmer, “I should not have minded so much if you had only shot the girl, but that other one is a boy and I want him to help me on the farm later on”. The last chapter deals with the islands Koh Sichang, Koh Kram, and Koh Pai in all their aspects, including the hunting of monitor lizards. The description of events and people is enjoyable to read even if one is not a hunter.