Bhutanese Tales of the Yeti

Save for Later
SIMILAR BOOKS Show All
Sotheby's 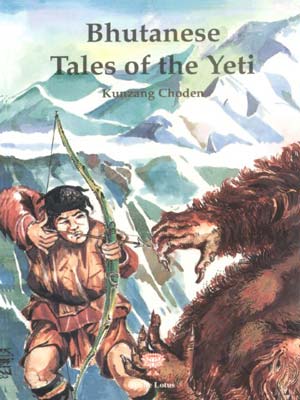 Bhutanese Tales of the Yeti

A collection of twenty-two stories set in four different regions of Bhutan. Belief in the yeti is ubiquitous in the kingdoms of the Himalayas, where beliefs and attitudes related to it go beyond scientific judgment and analysis. The Bhutanese consider the yeti, or the migoi, to be an essential part of the backdrop of their existence. Believed to possess supernatural powers enabling it to become invisible at will, the yeti often manifests itself in a tangible form and then suddenly vanishes, leaving behind nothing but an unexpected void. Folklore about the abominable snowman has existed for centuries: however, with the far-reaching impact of the media, the perpetuation of this oral tradition is threatened. This collection of stories is an attempt to document a vital tradition before it is wiped out entirely.