Save for Later
SIMILAR BOOKS Show All
Lloyd, Malcolm B. S.

Gazetteer of the District of Rangoon Pegu Province, British Burma

Life of A Burma Sureon, the

Movement for Democracy in Myanmar 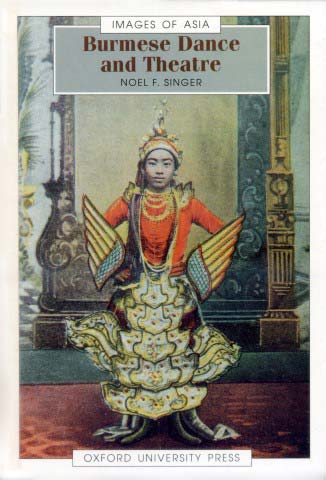 Although Burmaâ€™s dance styles were originally influenced by neighboring cultures and its theater forms by the staging of Buddhist stories and propitiation ceremonies of spirit cults, both genres developed distinctive forms in response to the countryâ€™s rich cultural and religious mix and to changing political circumstances. The book traces the history of dance and theater in Burma in the courts and in the countryside, and describes the various dances, plays, and musical accompaniment that evolved as a result of changing tastes and the need to attract audiences. Drawing on hitherto unavailable Burmese sources, the author also presents a vivid picture of the little known and precarious world of the court entertainers and itinerant troupes and the leading personalities of the times.