Save for Later
SIMILAR BOOKS Show All
Win, Kanbawza

Promotional Book About the Threats Against the Government 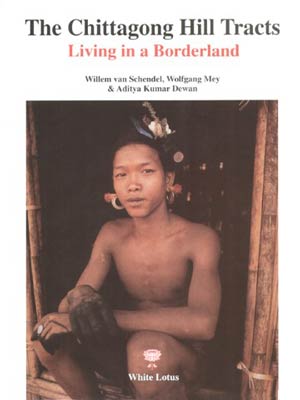 This work examines the borderland between Burma, India and Bangladesh, inhabited by twelve distinct ethnic groups with strong cultural and linguistic links with Southeast Asia. The three specialist authors of this unique book have assembled more than 400 mostly unpub­lished photographs, many in color, from over 50 private collec­tions. The Chittagong Hill Tracts: Living in a Borderland introduces the reader to the remarkable cultural variety and modern transformations of this virtually unknown region bridging Southeast Asia and South Asia. At the same time it explores how, from the 1860s to the late twentieth century, photographers have portrayed the Chitta­gong Hill Tracts and their inhabitants. These photographers were both outsiders (travelers, officials, missionaries, anthropol­ogists, development workers) and local people capturing their own world as they saw it. The 20 carefully documented chapters include: Creating a Colonial Aristocracy, The Public Display of Power, Images of Nature and Destruction, Religions of the Hills, Bodies and Costumes, Developing the Hills, and Lifestyles. The Chittagong Hill Tracts is the first comprehensive work on this complex region of Asia.