Czarevitch Nicolas of Russia in Siam

Individual and Society in Contemporary Thailand

Development of Provincial Industrial Health Services in Thailand, The

Dry-Season Water Allocation and Management in the Chao Phraya Delta 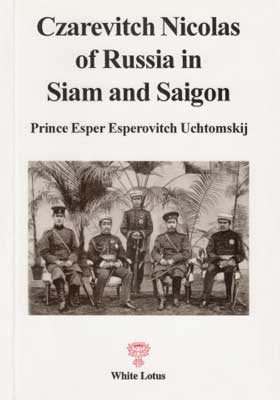 Czarevitch Nicolas of Russia in Siam

The book reports on the visit of the later Czar Nicolas II of Russia to King Chulalongkorn’s kingdom and to Saigon, one of the important early trade centers of France’s fledgling colony in Indochina. The visit was of great historical significance for the Thai nation. As a result of the extremely warm welcome given by the Thais, the bonds between the two Royal Houses became especially close. Only a few years later, after the Paknam Gunboat Incident of 1893, Russia would defend Siam’s case with Russia’s French allies. The author, a specialist in oriental religions and literature, was with the Czarevitch during the whole visit and testifies to great political skills and a rare clarity of vision of Russia’s future in the Orient. This book is an eye-opener for all those interested in big power politics at the turn of the century and its consequences for the small, independent kingdom of Siam.