Executions by the Half-Dozen: The Pacofication of Burma

Save for Later
SIMILAR BOOKS Show All
Rajput, A. B.

USD 25.50
Ministry of Information, Socialist Rep. of the Union of Burma

Socialist Republic of the Union of Burma, The 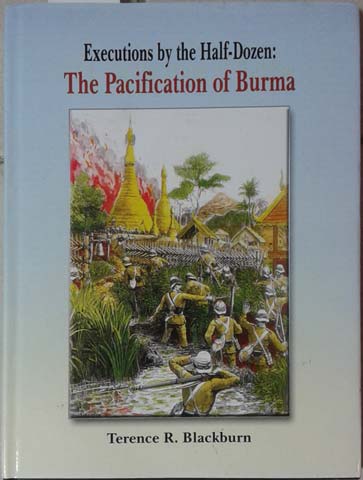 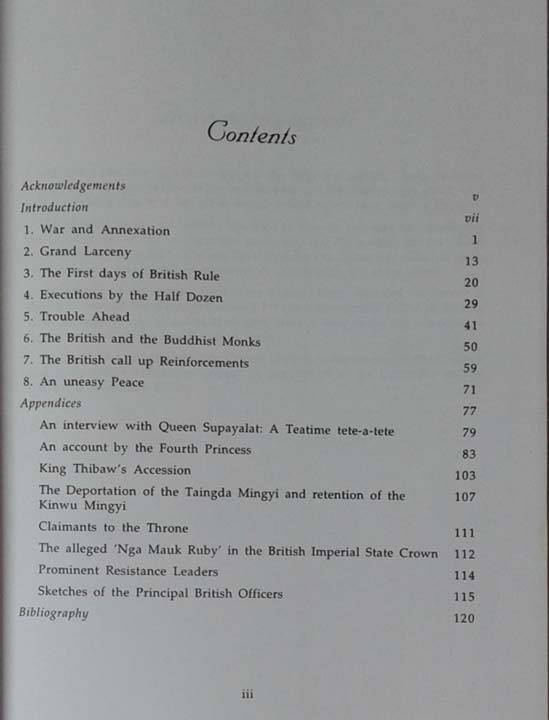 Executions by the Half-Dozen: The Pacofication of Burma

In the First Anglo-Burmese war of 1824-26 the British could plead, with a certain amount of justification that they were sorely provoked. Whether they were goaded sufficiently to undertake a war lasting two years, where the dead were counted in thousands, and in the case of the Europeans and the Indian sepoys, more died from disease than in battle is a moot question. That the British would win was inevitable, and when they did, they took all the Maritime Provinces, making Burma virtually landlocked, and demanded one million pounds sterling in compensation. The Second War of 1852 had no such justification, it was contrived, brought about by a Royal Navy Commodore who thought that his dignity, and by extension that of his sovereign, had been impugned. The result of this war was the loss of half the country. The Third War was as a result of the overweening ambition of the Secretary of State for India, Lord Randolph Churchill, and the weakness of the Viceroy, Lord Dufferin, who â€œmerely obeyed ordersâ€. Within ten days of the start of the war, if it can be so called, the British had taken Mandalay, deposed the king and sent him into exile in India. It was, to paraphrase the Duke of Wellington, â€œonly when the war has been won will your troubles beginâ€. Initially, 10,000 men were sent to take the country, it was to take nearly 40,000 to pacify itâ€”a tribute to the fighting men of Burma.