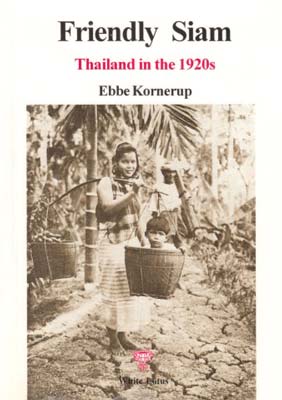 This travelogue from King Vajiravudh’s Reign is one of the very few reports on South Thailand. The volume complements Morgenthaler’s Impressions of the Siamese-Malayan Jungle and Warington Smyth’s Five Years in Siam, which covers a period twenty years earlier. The author devotes nearly a third of his account to the South, but also traveled to the west, north, east, and central regions, by train, boat, and plane. His report is enriched with unusual pictures not found in other books and distinguishes itself by the varied and lively perspectives brought to bear on the scenes observed. (A German version is also available.)