From Tonkin to India

Save for Later
SIMILAR BOOKS Show All
Leyden, Rudolf von

Varieties of the Vishnu Image (No. 2)

Indian Art in Relation to Culture

History of the Portuguese in Bengal with and Illustration 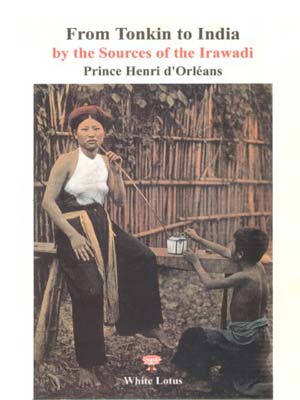 From Tonkin to India

By the Sources of the Irawadi, January '95-January' 96

A report on Henri d’Orléans’s trip to the sources of the Irrawaddy River in Tibet. The account is rich in details of the geography, tribal people, trade, languages and customs and beliefs of the regions the expedition crossed, through Yunnan, among many others. The Upper Mekong in China, the Salween and the Irrawaddy river valleys were further explored and a number of tribes from those areas are placed in the context of the history of the migrations from China. The reporter also has a keen eye for the political issues of the day, mostly the machinations of the British and French to further trade with the area and for the presence and activities of French missionaries, e.g. in Tibet.
USD 25.50