Save for Later
SIMILAR BOOKS Show All
Smyth, H. Warrington

In the Land of Lady White Blood

Conflict and Terrorism in Southern Thailand 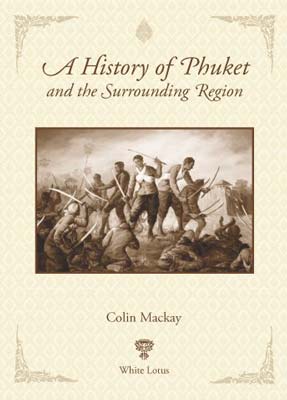 is the first book to comprehensively examine the little-known history of the Phuket region. It incorporates over 1000 direct contemporary writings and quotes from commentators and visitors over the last 2,000 years. The book is divided into 38 chapters and is illustrated with over 100 maps, pictures and some previously unpublished photographs from a private Phuket collection. This fascinating story is written in a simple, entertaining style which will leave the reader with a much clearer understanding of why Phuket and its people are the way they are today. This history summarizes the arrival of the first peoples to the region, its vital role in ancient east west maritime trade There is a detailed account of the destruction and battles of the Burmese invasions of Phuket in 1785 and 1809. The boom in tin mining and the massed Chinese immigration it attracted. In the 20th century it recounts the rapid development of Phuket Town, the Japanese invasion and the local battles in WWII. Finally it examines Phuketâ€™s post-war transformation into the global, almost jet-set, island it is today.