History of the Kingdom of Siam Up to 1770

Save for Later
SIMILAR BOOKS Show All
Sukran Rojanapaiwong

Wondering Into Thai Culture or Thai Whys and Otherwise 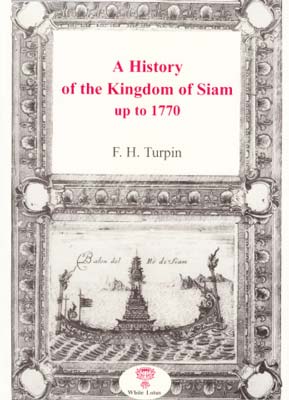 History of the Kingdom of Siam Up to 1770

Originally published in 1771 as the first account in a Western language of the period of the French Embassies to Siam, the reign of King Narai and Constant Phaulcon, and of the sacking of Ayuthaya by the Burmese in 1767. The text was compiled from firsthand accounts and reports of Christian missionaries and bishops. It presents a wealth of detail that is not readily available elsewhere. As a classical history, it deals mostly with battles, revolutions and the overturning of personalities and reigns. The final chapters provide an assessment of the trading potential of Siam and the neighboring states. The book, however, does not shun bloodshed and scandal, which seem to have been the order of the day. Indeed, when reading this book one wonders whether our ancestors and their times really are an example for the younger generations.