Home of an Eastern Clan, The

Save for Later
SIMILAR BOOKS Show All
Hallock, Constance M.

Burma-Thailand Railway: Memory and History, The 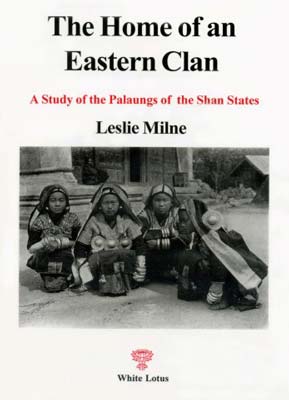 Home of an Eastern Clan, The

A Study of the Palaungs of the Shan States

This is a detailed study on all aspects of life and culture of the Palaungs of the Shan States. This study, which was researched in the 1910s and published in 1924, deals for the most part with the Katur tribe of the Palaungs. They live in or near Namhsan, the capital of Tawngpeng, which was nominally a Shan State but which was governed by a Palaung chief then, and inhabited almost entirely by Palaungs. The Palaungs are a Mon-Khmer speaking group (as are the Lamet in Laos). Since her first encounters with the Palaungs in 1906-1908 the author learned the language of the main dialect spoken in Namhsan. This scarce book is still one of the main studies on the subject and covers chapters on babies, young girls and boys, young men and maidens, marriage, the dwelling and home life, village life, medicine, customs on child birth and death, religion and cosmology, and some details on proverbs and folktales—from a female perspective.
USD 20.00