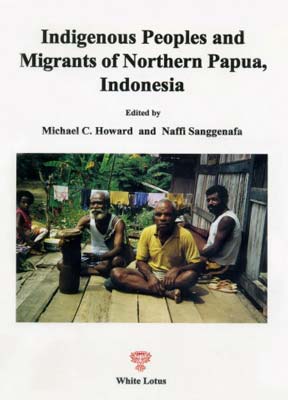 This study provides a contemporary look at social, cultural, and economic aspects of the lives of these peoples. While political problems associated with Indonesia’s western province of Papua (formerly Irian Jaya) have received a great deal of international media attention, studies of the people of the province are rarely available in English. This is especially true in regard to the people of the offshore islands, coast, and hinterland of the northern part of the province from the Bird’s Head Peninsula to the border with Papua New Guinea. The region is inhabited by indigenous peoples speaking over 85 languages and by migrants from the islands of Sulawesi, Java, Flores, Lombok, and elsewhere in Indonesia. Many of the chapters in the book focus on economic changes and their impact on people’s lives. Chapters examine the effects of transmigration, tourist projects, oil palm plantations, forestry projects, and road construction on local communities. Several chapters examine different types of traditional material culture, such as carving and textiles, and their place in these communities at present. The studies are accompanied by maps, black and white photographs, and plates containing 124 color photographs.