Heroes Who Fell from Grace, The

Agriculture and Ethnobotany of the Mekong Basin 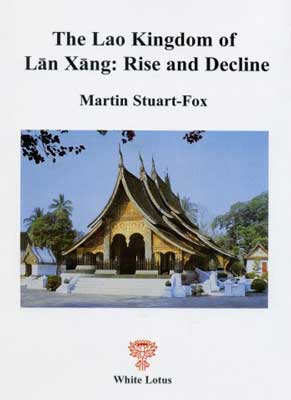 The book provides a narrative account of the great Lao kingdom that flourished in the middle Mekong region between the fourteenth and eighteenth centuries. After an introductory chapter on the prehistory of Laos and migration of the Tai-Lao peoples, the foundation of a unified Lao kingdom is examined in the context of contending powers in mainland Southeast Asia. Among the events described are the Vietnamese invasion of the fifteenth century and subsequent consolidation of the Lao kingdom, the Burmese invasions of the following century and the arrival in the early seventeenth century of the first Europeans to visit the Lao capital of Viang Chan (Vientiane). The author shows how the inland Lao kingdom was disadvantaged with respect to coastal trading states and how the unitary Lao kingdom broke into three contending principalities in the early eighteenth century. This opened the way for Siamese domination of the Lao world. The last Lao attempt to shake off Siamese hegemony by King Anuvong of Viang Chan in the Lao-Siamese war of 1827-28 is examined in some detail because of the significance of its impact on subsequent relations between the independent states of Laos and Thailand. The book ends with the French annexation of Lao territories east of the Mekong in 1893.