Folk Stories of the Hmong 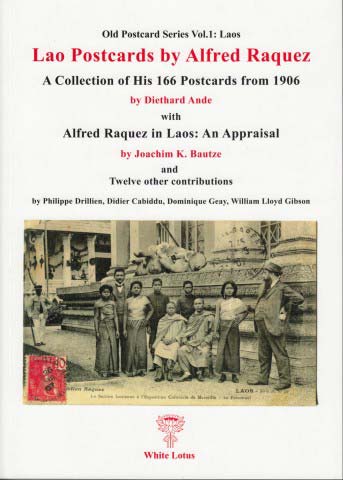 Lao Postcards by Alfred Raquez is a first attempt to bring together the 166 postcards that were produced in six series of 25 each as Collection Raquez and 16 out-of-series postcards produced by Decoly as ClichÃ© Raquez and later also under his brand La Pagode. Raquez was the first traveler who systematically made photos in Laos around 1900. He made seven trips in Laos; the longest journey was seven months. The result was his record Pages Laotiennes, available now in English translation as Around Laos in 1900: A Photographer's Adventures. A pictorial book with only his several hundred photos on Laos is available as volume 2 of Around Laos in 1900. Raquez organized the Lao Pavilion at the 1906 Marseille Exhibition, showing his large collection of textiles and artifacts gathered from around Laos.