Laos and the Hilltribes of Indochina

Save for Later
SIMILAR BOOKS Show All
Fraisse, Andre

Travels in Laos and among the Tribes, Pavie 6 of Southeast Indochina

USD 27.50
Subcommittee On US Security Agreements and Commitments Abroad, Committee On Foreign Relation

Social Challenges for the Mekong Region 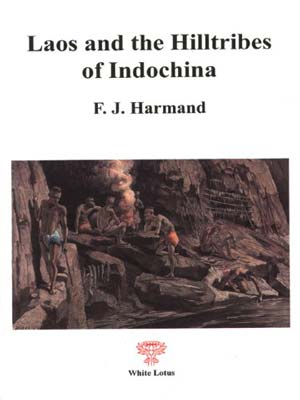 Laos and the Hilltribes of Indochina

Journeys to the Boloven Plateau, from Bassac to Hue through Laos, and to the Origins of the Thai
A report of explorations undertaken in Laos and present-day Vietnam by one of the main architects of French expansion in Southeast Asia. For the first part of his explorations, Dr François Jules Harmand concentrated his journey of early 1877 on exploring the Boloven Plateau. His attention was focused especially on natural history and on the tribes living in this area. The second part of his exploration brought him to river valleys in Central Laos and the country of the Pou Thay, the original stock of the Thais, with the objective of finding a route from Bassac on the Mekong to Hué on the Vietnamese coast. The value of his observations on nature, people and political relations is only surpassed by the intrinsic value of this account as an example of nineteenth century French colonialists at work.