Save for Later
SIMILAR BOOKS Show All
Kelly, R. Talbot

Journey Through Burma in 1936 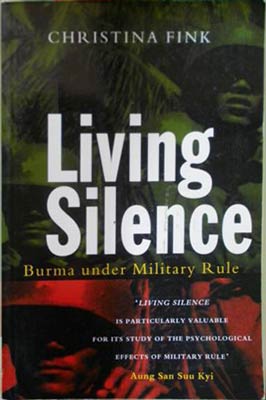 Burma remains the odd man out in Southeast Asia. While other countries have democratized and prospered, Burma is governed by a repressive military dictatorship, its economy has collapsed, and it is the second largest producer of heroin in the world. In this exceptionally readable yet scholarly account of Burma today, Christina Fink gives a moving and insightful picture of what life under military rule is like. Through the extensive interviews conducted inside and outside the country, we begin to understand the accommodations that people feel compelled to make in order to carry on with daily life, including the innovative forms of resistance that some courageous Burmese have engaged in. Finkâ€™s portrait of Burmese society takes in a wide diversity of people, including students who have played such a prominent part in the opposition, ordinary soldiers unhappy with what the armed forces are doing to their country, religious figures, the artistic community, and even political prisoners. The author also explores the strategies and techniques which the military regime has so skillfully deployed in order to maintain itself in power in defiance of the popular will. She presents the political history of the country, and concludes her book by examining the internationalization of Burmaâ€™s politics by both the regime and the democratic opposition as they seek allies and support abroad.