Save for Later
SIMILAR BOOKS Show All
Fraser, Thomas M. 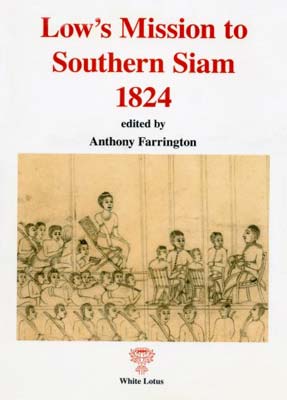 Low’s mission was meant to enlist Siamese support for the British invasion of Burma. His mission was a failure, but the report he produced, published here in full for the first time, provides a fascinating picture of the whole area. The Andaman Sea coast of Thailand, from Phuket to the Malaysian border, is now one of the greatest tourist regions in the world. One hundred and eighty years ago it was known only to its small local population, to a few annual traders for birds’ nests and tin, and to a scattering of Siamese officials. James Low (1791-1852), an officer of the English East India Company’s Madras Army, stationed at Penang, was an early student of the Thai language.