Save for Later
SIMILAR BOOKS Show All
Haskings, F.

Burman His Life and Notions, The 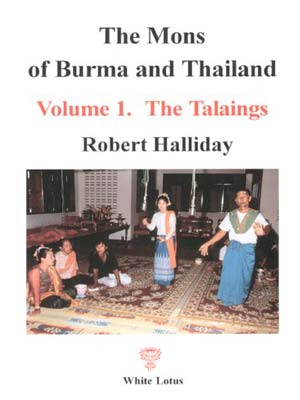 This is a two-volume selection of this author's most important writings on the subject. Volume 1 is a reprint of his monograph, The Talaings, which was originally published in 1917 in Rangoon. Well over thirteen centuries ago the Mons established the earliest Buddhist civilization on the Southeast Asian mainland, and it was through them the Burmese and Northern Thais received not only their script, along with literary and technical texts, but also adopted their indigenous religious practices and administrative systems. Halliday’s assumptions about the important historical role played by the Mons, reflecting the views of C.O. Blagden, with whom he collaborated, have been vindicated in the 1960s following the discoveries of early archaeological sites and epigraphic data in Thailand. Therefore, Halliday’s work is a unique source on Mon culture and village life at the beginning of the twentieth century. Halliday’s historical photographs, incorporated in Volume 1, are complemented by photographs by Christian Bauer, the editor, taken in Burma and Thailand, presented in Volume 2.