Old Bangkok: Krung Tep they call this Place of Contradiction

Thiaw Muang Pra-Ruang: The Literary work of King Vajiravuth about the Ancient King of Sukhothai, Sawankhalok, Uthradit and Phitsanulok 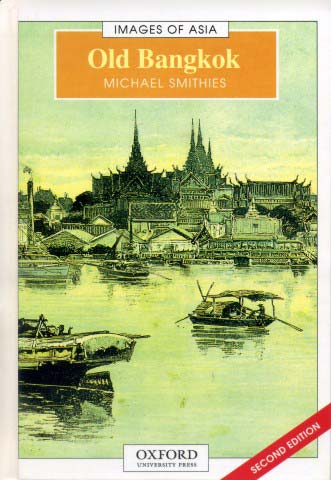 Old Bangkok: Krung Tep they call this Place of Contradiction

Bangkok, the City of Angels, to the uninitiated now seems more like Los Angeles than the Venice of the East by which name it was known to early visitors. Michael Smithies, who first came to work in the city in 1960, has written a sympathetic and stimulating book evoking the early days of the capital, founded in 1782, and its expansion in the nineteenth century. He describes the principal buildings which still survive, the temples and palaces, and corners and crafts which remain relatively unchanged. The second edition has been brought up to date to include such recent additions to the Bangkok scene as the so-called â€˜skytrainâ€™ (soon to be supplemented by an underground line). However, the old buildings, traditions, and trades of early Bangkok retain their charm and character, and in spite of its occasional brashness and impulsive modernization, the Thai capital retains a vibrancy.