On Horseback Through Indochina Vol. 1:

Save for Later
SIMILAR BOOKS Show All
Scott, J. G.

Burma from the Earliest Times to the Present

Siege, A Story from Kohima, The 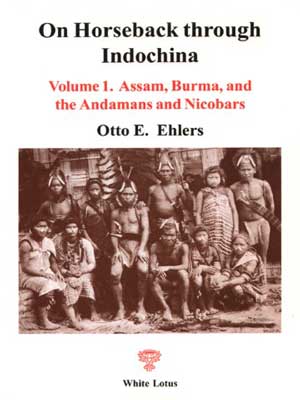 On Horseback Through Indochina Vol. 1:

Assam, Burma, and the Andamans and Nicobars

This volume provides an account of the adventurous journey German traveler Otto Ehlers undertook in 1891-1892. Volume 1 starts with an elephant hunt in Assam and ends on the Nicobar Islands in the Andaman Sea. Ehlers traveled to the Khassia Mountains with the chief elephant hunter of the Kheddah Department of British India, sailed on the Brahmaputra up north and followed British and Gurkha troops in their military campaign against the Maharaja of Manipur. Then he followed one of the British columns to Mandalay, from where he traveled to the ruby mines in the Shan States administered from Mogok, and further to Bhamo to end this trip on the Irrawaddy in Rangoon. He then visited the Andaman Islands and its English penal colony and various islands of the Nicobar group. Ehlers interacted in his typical straightforward and humorous manner with primitive tribes and high officials alike. His quick-witted pen describes the Garos, several tribes of the Naga Mountains, the inhabitants of semi-independent Manipur, Mandalay and its bazaars, British and Gurkha army life in India and Upper Burma, the operation of ruby mines and their lack of profitability, the jail and zoological garden of Rangoon, the conditions of convicts in the Andamans, and various tribes of the Nicobars.