Save for Later
SIMILAR BOOKS Show All
Hurlimann, Martin 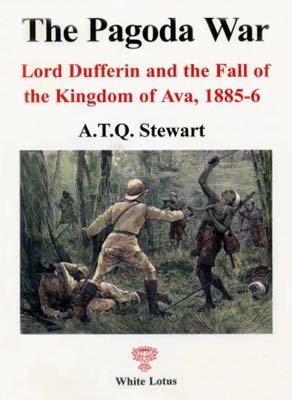 This work records the British attack on Upper Burma. In November 1885 10,000 British and Indian troops were transported up the Irrawaddy in steamers of the Flotilla Company. After a few skirmishes they occupied Mandalay and deposed King Thibaw and Queen Supayalat, who were sent into exile in India. Upper Burma was then annexed to the British Empire. Why did it bring only discredit on the soldiers who carried it out? Strangely enough, some of the answers to these questions are to be found in Ireland. For the leading figures in this Burmese drama were almost all Irishmen, from the Viceroy of India, Lord Dufferin, to the special correspondent of The Times. Edward Moylan, who pursued a personal vendetta against the British administration in Burma. Dr Stewart has based his fascinating account of the Mandalay campaign on Lord Dufferin’s vice-regal correspondence and on sources in the India Office Records and Library.
USD 24.50