Phnom Penh Then and Now

Save for Later
SIMILAR BOOKS Show All
Bergaigne, M. Abel

Brahmin and Mandarin: A Comparison of the Cambodian and Vietnamese Revolutions

Development and Dominion: Indigenous Peoples of Cambodia, Vietnam and Laos 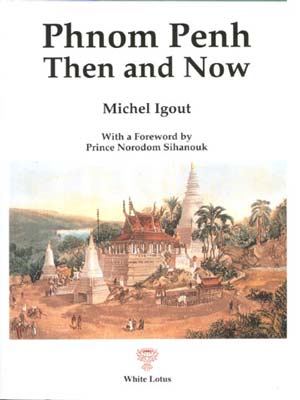 Phnom Penh Then and Now

The most comprehensive book on the history of the capital of Cambodia. It brings together 293 photographs, including numerous unpublished plates from the period 1863 to 1931, and a large number of old maps and drawings unknown until now. A comparison of the serial views of Phnom Penh in 1931 and in 1993 reveals the astonishing transformation of the city, especially in the former colonial quarter. The author, a specialist on Cambodia, evokes the former canals and bridges throughout the town, and the caiman hunts around the lake where the Grand Market is situated today. He defines the main stages in the urbanization of the city, from its foundation in the fifteenth century and its rebirth in the reign of King Norodom to the modern capital that developed after independence and the changes following in the years from 1975 to 1993.