Save for Later
SIMILAR BOOKS Show All
Sotheby's

Kambuja-Desa or an Ancient Hindu Colony in Cambodia 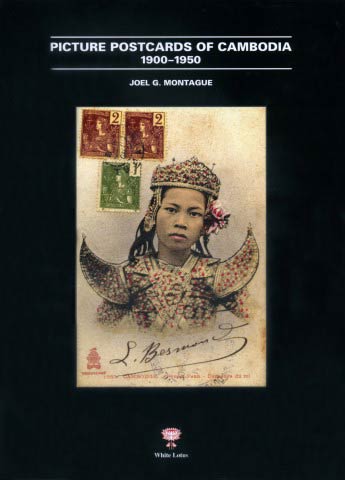 An ambitious study of Cambodia's colonial history, this book examines picture postcards, a novel visual source that exploded as a revolutionary form of popular communication during the first half of the twentieth century. French military, civil servants and tourists bought thousands of exotic picture postcards as souvenirs and mailed them home from Indochina. The postcards presented a contrived, romantic image of the Cambodian Protectorate, capturing a remarkable and changing nation as the foundations of its traditional society were being dramatically changed. These cards are a treasure trove of rarely-seen images of Cambodia, which are today scattered among obscure archives, postcard dealers and private collections in France. This book includes hundreds of the best and rarest postcards of colonial Cambodia from the author's own collection. The book starts with an introduction covering the creation of what was to become French Indochina and its postal service. The postcards shown in the book are arranged and introduced according to seventeen chapters each with its own theme and each followed by appropriate postcard images. The themes are: the Cambodian Monarchy, the Royal Palace and its staff; Cambodia's capital—Phnom Penh; the Mekong River; the Khmer and other inhabitants of Cambodia; dance and music; cards with special interests such as the French and local military, the prison system, educational institutions, and hunting; the various religions of Cambodia, Cambodia's major towns and villages; the Cambodian economy, important events and rites of passage, Angkor Wat and other archaeological treasures; Cambodia's representation abroad including international fairs and expositions and a final chapter with rare examples of color picture postcards of the Protectorate of Cambodia. This is an important book on the iconography of Cambodia, a subject, until now, somewhat neglected by those interested in cultural history and photography.