Save for Later
SIMILAR BOOKS Show All
Yatsushiro, Toshio

Along the Royal Road: from Kol to Phnom Rung, Ancient Angkorian Settlements Compared 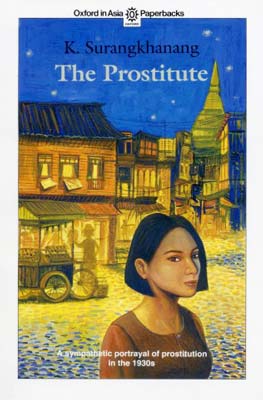 This novel first appeared in 1937 and created an immediate stir in Thai literary circles, both for its sympathetic portrayal of prostitutes and because its author was a young lady from a respectable family. It tells the story of Reun, a young girl from up-country who is seduced by a city pimp and tricked into prostitution. While working in a Bangkok brothel, she falls in love with a young man of noble background who promises to rescue her. He disappears, however, before she can tell him she is pregnant with his child. Much of the novel is devoted to a lively portrayal of her struggles to provide for herself and her child, and her exploitation at the hands of employers, rent-collectors, money-lenders, and child-minders. For the reader today, the novel offers a fascinating Thai reaction to the problem of prostitution in an age long before the advent of the American military presence or mass tourism. The author, K. Surangkhanang, is a household name in the Thai literary world. A number of her most popular novels have been made into films and television plays. In 1986 she was honored with the title â€˜National Artistâ€™.