Save for Later
SIMILAR BOOKS Show All
Silpakorn 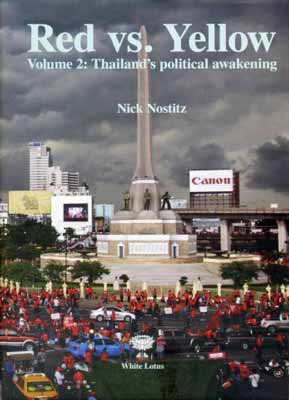 The second volume of Nostitz’s “Red vs. Yellow” covers the protests of the Red Shirts against the Abhisit Vejajiva government in 2009, culminating in the Songkran riots in April 2009, the defeat and eventual transformation of the Red Shirt movement into a social mass movement by autumn 2009. Nick Nostitz has also covered the other issues of that period, such as the Red Shirt’s petition to the king, the founding of the Yellow Shirt “New Politics Party” and he has followed the Red Shirts to their rural heartland.