Rice Birds: Folktales from Thailand, The 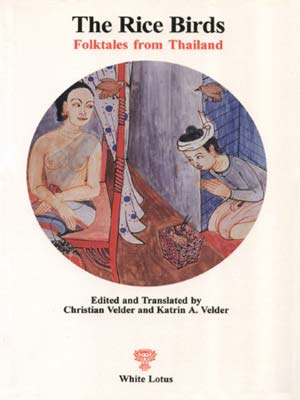 Rice Birds: Folktales from Thailand, The

This book presents stories of adventurous humans, bloodsucking demons, and righteous gods. The tales introduce readers to strange rituals, mysterious visitations, and magic incantations. They offer explanations for many animal traits, for natural disasters, and for the origin of various Thai proverbs. Based on an ancient oral tradition the tales deal with such archetypal themes as the helpful talking animal, paradise lost and regained, and the struggle between good and evil. Among more than fifty illustrations are depictions of a peculiar tiger-eating monster, a scheming water demon, and two lovely princesses with elephant noses. Also portrayed are the Fairy of Good Fortune; Phra Phrom, a Thai deity with four faces; and even the Buddha on his visits to Earth.