Save for Later
SIMILAR BOOKS Show All
Montpensier, Duc de

Undeveloped State: the Study of Modern Burma's Politics, An 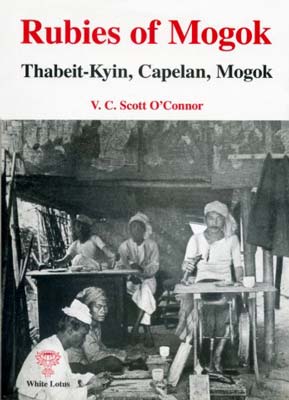 This reprint covers book 12 (chapters 44-48) of The Silken East: A Record of Life and Travel in Burma, which was published in 1904. This reprint has five additional photographs from Natural History 1928, the Journal of the American Museum of Natural History. These pictures show scenes from Mogok and the ruby mines. Further six illustrations are from the Illustrated London News and Graphic from 1887-1888, made during the Third Anglo-Burmese War. It also contains an article, On the Ruby Mines Near Mogok, Burma by Robert Gordon, which was originally published by the Royal Geographical Society in 1888. This reprint is part of a series to bring together historical material on the Ruby Mines District in Burma. The other works are: Ruby Mines District of the Burma Gazetteer—The Geology and Gem-Stones of the Mogok Stone Tract.