No Childhood at All: A Report About Child Soldiers in Burma 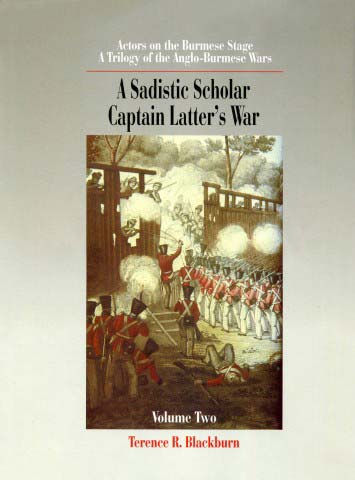 Actors on the Burmese Stage. A Trilogy of the Anglo-Burmese Wars

The Second Anglo-Burmese War was one of the many small conflicts of Queen Victoriaâ€™s reign which are now largely forgotten; giving rise to the perception of Britain as a high principled power determined to bring the benefits of civilization and trade to the benighted natives, drawing the sword more in sorrow than in anger. This book sets out to show the deceit practiced by the Government of India, deceived and provoked the Burmese King in the cynical knowledge that he would have to go to war. The actions of Captain Latter are examined, and the pivotal part he played in the events as a junior officer and interpreter. The rivalry between the Indian Navy, Royal Navy, and Military, are observed, as is the inexplicable behavior of the military commander, which brought thunderous rebukes from The Times, in which they were joined by the English language newspapers in India, who, almost without exception, condemned him for his tardiness in initiating action, When he did act the results were often open to criticism, which was loudly voiced by the press. In conclusion, the author proposes an unusual solution for the murder of Captain Latter, Deputy Commissioner of Prome, British Burma.