Save for Later
SIMILAR BOOKS Show All
Halliday, Robert

Art of Traditional Thai Massage, The

French Foreign Mission in Siam During the XViiTh Century, History of Wat Pavaraniveca., 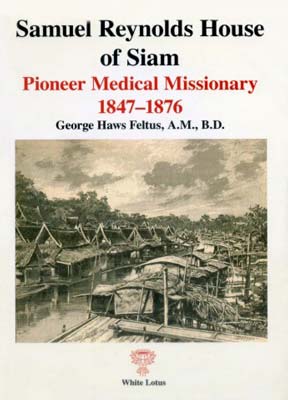 This book gives us a record of life at the time of King Mongkut’s rule and the beginning of King Chulalongkorn’s reign. Dr House traveled extensively and we see Siam through the eyes of a missionary who also practiced medicine. He describes his encounters with other missionaries and the not so numerous other foreigners living in Siam at that time. His medical profession gave him access to many Thais whom he would otherwise not have met. During the cholera epidemic of 1849, he started vaccinating children, a novelty in Thailand at that time. He gives a vivid description of the situation in Bangkok with daily numbers of deaths. Around the middle of the 19th century, Chiang Mai was not yet fully colonized by Bangkok and still had some independence. It was called Laos. The King of Lanna (or Laos) at that time was not in favor of missionaries and tried to suppress them. However, at the instructions of King Mongkut, he had to allow them to work because he had to follow orders from Bangkok. Nevertheless, he decreed that they were not allowed to teach religion or to convert anyone to Christianity. The value of books by missionaries is that they shed some light on otherwise ignored events. The essential material in this book has been drawn from the letters and journal of Dr House and supplemented by correspondence with various individuals connected with the principal persons mentioned.