Save for Later
SIMILAR BOOKS Show All
Boribanburiphan, Luang

Thoed Tha Maharach : 60th Anniversary of His Majesty's Accession to the Throne 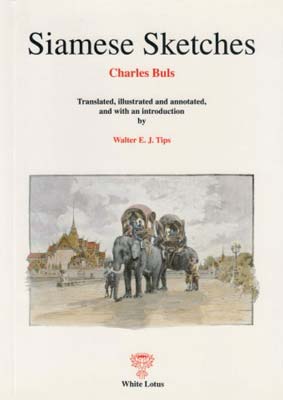 This book is the very personal, sometimes controversial, account of the journey the world traveler and former mayor of Brussels, Charles Buls, made to Siam in 1900. Spanning the wide variety of Buls's interests, from the urban Chinese to early agricultural developments in the countryside, this account always surprises by its insightful comments and sharp, often visionary, observations. Having been involved with the development of a world city himself, he was better placed than any other contemporary observer to speculate on Siam’s political, economic and social future. He shuns neither highly controversial viewpoints, nor topics, such as the comparative value of religions for a country like Siam, that were bound to bring him into trouble. This book, in which Buls's original account is supplemented by material from his hitherto unpublished diary notes, letters and numerous photographs from Belgian archives, such as those of the inauguration of Dusit Park and the Ayutthaya elephant round-up, is a must for lovers of Fifth Reign history, and of Siam.