Save for Later
SIMILAR BOOKS Show All
Nakonratchasrima Teacher College

Soul of Isan Wood Carving, The 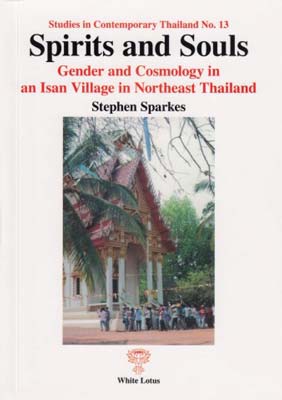 Gender and Cosmology in an Isan Village in Northeast Thailand

An anthropological study of the complex and rich cosmology of the Isan. The interrelationship between gender concepts and religious practices is analyzed through the symbolism of some of the most important Buddhist and household rituals in the setting of a large village in Loei Province. This approach to cosmology illustrates how Buddhist and “Spirit Religion” beliefs are complementary and competing and moulded by the immediate and pragmatic needs of the villagers. The coexistence of two religious traditions parallels the two attitudes to gender. Village Buddhism orders gender in a hierarchical manner justifying the higher status of men and excluding women from the sources of religious and magical power. The Spirit Religion, however, manifests complementary gender values in rituals for the continuity of female descent groups and agricultural production. The contrast between ancestral spirits who watch over the living and the transmigratory soul of Buddhism illustrate the coexistence of two fundamentally different value systems.
USD 27.50