Tai Race, Elder Brother of the Chinese, The

Save for Later
SIMILAR BOOKS Show All
Schumacher, Johann

Manusya Journal of Humanities Vol. 1 No. 2

Migration of Thai Women to Germany, the 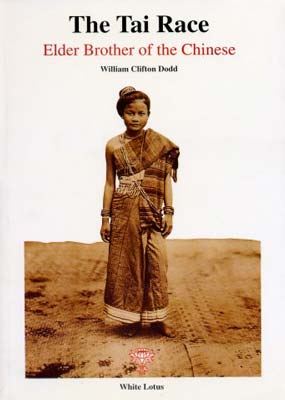 Tai Race, Elder Brother of the Chinese, The

Results of Experiences, Exploration and Research

This book was of great importance for the intellectual and political history of Thailand during the first part of the century. Its traces can still be found in those chapters of Thai schoolbooks that deal with the original homeland of the Thais. The account of Dodd’s explorations in the southern part of China, Laos, and the northern part of Vietnam is of special interest from an ethnographic point of view. The book contains details of the whereabouts, habits, and customs, as well as a smattering of the linguistic heritage of a variety of ethnic minorities; some of them are identified here for the first time in a printed account. Knowledge about these ethnic groups and their identity has always been scarce and this book is of great value not only to the scholar, but to all who are interested in the history of the various branches of the Tai-speaking peoples.
USD 27.50