Save for Later
SIMILAR BOOKS Show All
Ministry of Finance and Revenue, Burma

Road Past Mandalay, The 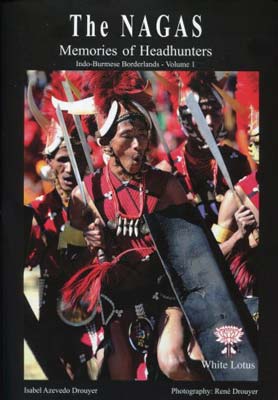 'THE NAG AS - Memories of Headhunters - Indo-Burmese Borderlands - Volume 1' gives voice to the last protagonists of an almost vanished world. For the first time, former Naga headhunters and families talk extensively about their past, their fears and their hopes. Based on fieldwork and in-depth interviews conducted in Myanmar and on the Indian states of Nagaland, Assam, Manipur and Arunachal Pradesh, this book gives a unique insight into the world of the Naga tribes and illustrates one of the last living examples of traditional culture. The mountain ranges situated between the far north-eastern part of India and the extreme northeast of Myanmar (Burma) house an incredible people of Tibeto-Burman origin, the Nagas. The number of tribes comprising the Nagas may vary among different scholars, but they are believed to include between 12 and 30 groups, with the major ones being the Angami, Ao, Lotha, Chakhesang, Konyak, Rengma, Sangtam, Yimchungru, Zeliangrong, Nocte, Phom, Khiamniungan, Pochuri,Tangkhul and Sema. These groups inhabit both sides of the Indo-Burmese borders in the Naga Hills, a sub-Himalayan region characterized by thick jungles and rugged mountains, known as 'the last mystery of Asia'. Until the middle of the 20,h century the men of these tribes were recognized as frightening headhunters, but despite their reputation, the Nagas were and are primarily farmers. Thus, it is not surprising that 'fertility' was seen as a 'power' that should be continually increased, secured and channeled towards the community. How deeply has this belief and the quest for fertility marked the culture of these tribes? To answer this question, the authors explore some flagship themes of the social sciences: the mechanisms of wealth distribution, how taboos influence society, what role institutions play, and how a culture can adapt to deep transformations. This volume will be followed by a second one focused on the Naga tribes' ornaments, textiles and tattoos, with, many high definition images and drawings illustrating the unique ornamental richness of the Naga's culture.