Save for Later
SIMILAR BOOKS Show All
Mollerup, Asger

Quality of Mercy, The 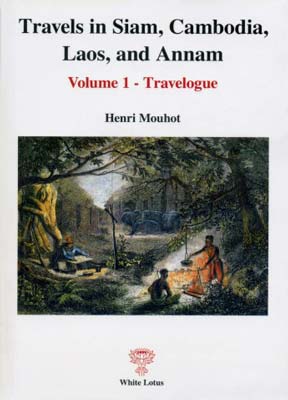 Originally published as: Travels in the Central Parts of Indo-China (Siam, Cambodia and Laos during the Years 1858, 1859 and 1860)
This travelogue is a classic description of parts of Cambodia, Laos, and Siam in the Reign of King Mongkut. Henri Mouhot is best known for re-discovering the ruins of Angkor Wat (the Khmers have of course always known about the ruins) thus, indirectly, causing a minor tourist boom there. His exploration first comprised the central area of Siam and the southeastern seaboard (Chantaburi), from there he reached Cambodia and the provinces then under Siamese Government’s control around the Tonle Sap. He also ventured into areas of Annam (present-day Central Vietnam) inhabited by “wild” tribes but returned to Battambang and Angkor, and eventually to Bangkok. Another journey took him to Petchaburi on the eastern part of the upper peninsula. His last journey covered the so-called Lao parts of Siam, now referred to as Isan, but at that time only loosely associated with the nation. His final destination was Luang Prabang. Part of his journey was originally published in the travel magazine Le Tour du Monde, but the present English version is more comprehensive in coverage.