Save for Later
SIMILAR BOOKS Show All
Hopkins, Allen W.

Golf Thailand. A Player's Guide to Golf in Asia's Most Exotic Land

Elements of Thai Architecture, The 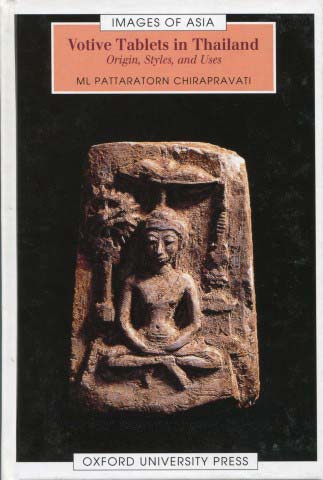 Buddhism has influenced many aspects of Thai life for over a thousand years. Evidence of the change and development of Buddhist ideas and practices in different regions and cultural periods can be found in the archaeological remains of temples, stupas, sculptures, paintings, and votive tablets. This book focuses on the origin, development of styles, and uses of votive tablets in Thailand from their introduction in the sixth century to their present role, in the almost universal Thai practice of wearing amulets. The book first elaborates on the introduction of Buddhism to Thailand and the practice of making votive tablets during the pre-Thai periods of the Mon, the Khmer, and the residents of the Peninsula (6th to 13th centuries). It then presents votive tablets produced during the Thai periods of Sukhothai, Haripunjaya, Ayutthaya, Lanna, and Ratanakosin from the fourteenth century to the present. Lastly, it addresses the cult of amulets and the â€œmerchants of Buddhismâ€.