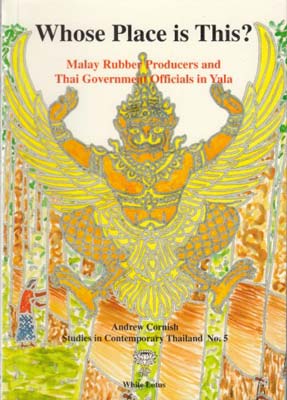 A detailed case study of ethnic conflict in a development scheme in southern Thailand. The book describes the interactions between Malay rubber producers in Yala province and local Thai government officials who sought to establish and promote a co-operative rubber marketing project. Using the results of ethnographic fieldwork carried out near Thailand’s southern border, the author outlines the historical background to the region’s cultural diversity. After an investigation of the operations of the local bureaucracy, the focus shifts to two Malay communities to show how they participated in the government’s marketing scheme. One group enjoyed profits and success, while the other’s efforts ended in failure, yet the author argues that both display common elements in the struggle for control of material and cultural resources at the local level. The results provide a broader hypothesis about the nature of Malay resistance to Thai rule, and the place of minorities in modern Thailand.