Save for Later
SIMILAR BOOKS Show All
Petelot, Alfred

Great Temples of the East. the Wonders of Cambodia, India, Siam, and Nepal 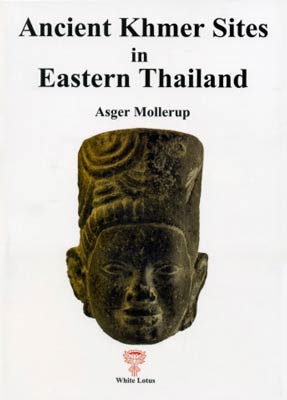 Ancient Khmer Sites in Eastern Thailand This book is the first comprehensive inventory of ancient Khmer sites in eastern Thailand since the now more than one century-old works of Étienne Aymonier, Étienne Lunet de Lajonquière, and Major Erik Seidenfaden, describing ninety-six sites in the provinces of Chanthaburi, Chonburi, Chachoengsao, Prachinburi, and Sra Kaeo. Museums and temples in the area exhibiting Khmer artifacts. Quarries, ancient moated sites, and ancient routes are described as well. Location, era, and orientation are presented together with a short description about the site, inscriptions, associated water structures such as moats, small ponds (sra), larger basins (baray), nearby rivers, and geographical context. The attached CD contains some 3,000 color photographs and satellite images. The appendices introduce The Indian Circle, an ancient method of determining the cardinal directions, and reveal the results of the author’s GPS-based field research about archaeo-astronomy in Thailand, Laos and Cambodia based on some 400 temples.