Save for Later
SIMILAR BOOKS Show All
Thierry, Solange

Land in Between. The Cambodian Dilemma, The 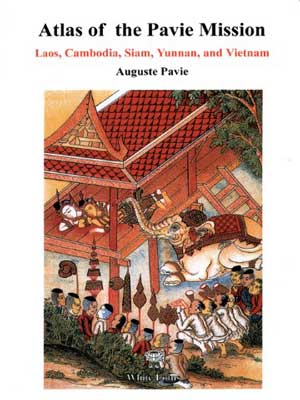 The Pavie Mission Indochina Papers (1879-1895) (First English translation from 1903)
The various French expeditions, carried out by a score of prominent researchers under the name Mission Pavie, not only compiled a wealth of new scientific and historical information and details on natural history they also drew up accurate maps for areas where no western mapping work had previously been undertaken. This atlas also contains a number of color plates, masterpieces of the art of the time that were incorporated in various research reports of the mission. Short descriptions place these in the context of the work of the Pavie Mission as documented in the other volumes in this series. However, this Atlas should be used together with Volume 1 of the series: Auguste Pavie, Pavie Mission Exploration Work. Laos, Cambodia, Siam, Yunnan & Vietnam.