Burma and the Enemy Within

Save for Later
SIMILAR BOOKS Show All
Guillon, E.

Journal of a Tour Through Pegu and Martaban Provinces in the Suite of Drs. McClelland & Brandis 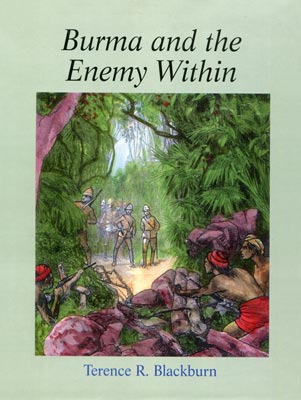 Burma and the Enemy Within

A hundred and twenty years ago, on 29 November 1885, the British finally acquired the remainder of the country of Burma in the name of the Queen Empress although the country was in fact annexed by the mill owners of Lancashire, the cutlers of Sheffield and the merchants of London. Their Chambers of Commerce had bombarded Lord Randolph Churchill, the Secretary of State for India, with memos demanding that the country be opened to their goods and that access be made through Burma to Yunnan and China, this they regarded as an El Dorado. In fact, it proved to be a chimera, no fortunes were to come out of China. Two wars preceded the final act. In the first, the Burmese lost their maritime provinces, further, the King of Burma was to cede Arakan, Ramree, Cheduba and Sandoway to the East India Company. He also had to give up all rights to Assam, Jaintia, Cachar and Manipur, and pay the crippling sum of one million pounds sterling. The second war resulted in the annexation of Pegu that left Upper Burma landlocked. While, the third war arose out of a dispute between the Kingâ€™s Ministers and the Bombay Burma Trading Corporation, who were accused, not without reason, of cheating the King out of his royalties. The humiliation of a native court imposing a fine on the Corporation for theft was too much to bear, and the British Government used its might to crush the kingdom and depose its king. An unbiased reader will be shocked by some of the actions of the British, which is not, of course, to say that the Burmese were entirely without fault. It is my contention that the scales of justice come down in favor of the Burmese.