Save for Later
SIMILAR BOOKS Show All
Ainsworth, Leopold

Merchant Venturer Among the Sea Gypsies

Folk Crafts of the South 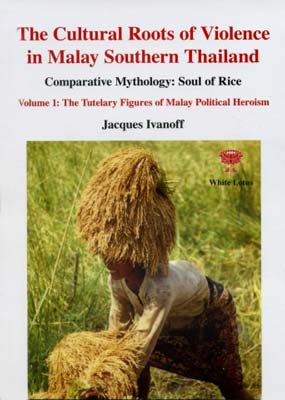 This book gives a voice to the Malays of southern Thailand by offering readers a rich and original corpus of their oral literature. The storyteller Wo Seng is the guardian of the Malay oral tradition. It is thanks to him that the great South (Patani, Yala, and Narathiwat Provinces) has been able to preserve an identity free of the influence of communists, separatists, and fundamentalists that ensured a privileged relationship with the supernatural and scared world. If this identity, as expressed in rice rituals, paintings on the hulls of boats and the performance and representations of sacred theatres, were to be abandoned as a result of seduction by political discourses and preconceived ideas, the reality of a complex and culturally rich ground might be lost. These people of the South, although largely misunderstood or ignored by the outside world, have nevertheless always been able to adapt themselves to the surrounding Chinese and Buddhist world. It is only by trying to decipher the ideological foundations of the culture of the Malay inhabitants of southern Thailand that one can envisage the possibility of one day putting an end to the acute tensions they now suffer.