Save for Later
SIMILAR BOOKS Show All
Thein, Maung Myint 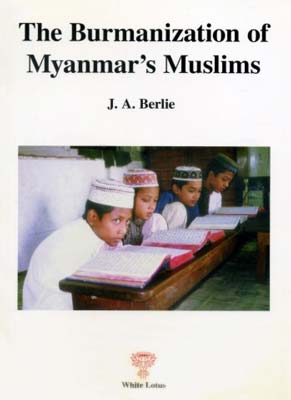 This book deals with Burmanization, a cultural process similar to what is known as Sinicization in China and Sanskritization in India. It copes with selected aspects of the Burmanization process, linguistic integration, citizenship, rate of culture change and changes in value systems. The Tatmadaw government’s ethics emphasize unity, a desirable ideal, but also “one dominant ethnic group (Burman), one united country (Myanmar), and one religion (Buddhism)”. Buddhism is de facto the state religion, and Muslims and other religious minorities are not protected by the State. The Muslim population is subject to Burmanization, a socio-political strategy with the aim of assimilating the ethnic and religious minorities of Myanmar. This study makes a powerful contribution not only to the knowledge of the Muslims of Burma but also by looking both within and beyond the Muslim societies of South Asia, East Asia, and Southeast Asia.