Save for Later
SIMILAR BOOKS Show All
Furnivall, J. S. 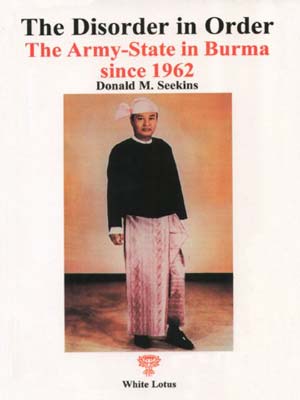 The book examines Burma’s history of “regime entropy” following the March 1962 coup d’état which ended the country’s brief experiment with parliamentary government. Implementing socialist economic policies in central Burma and a hard line against ethnic and communist insurgents in the border areas, Ne Win’s Army-State presided over the country’s fall from prosperity to Least-Developed Nation status by 1987. The following year, a new martial law regime the State Law and Order Restoration Council (SLORC) brutally suppressed a nationwide movement for democracy that drew on the country’s colonial-era traditions of revolutionary nationalism. Although SLORC promoted an open economy, including foreign private investment, the second army-state operates on the same assumptions as its predecessor: that government is synonymous with pacification, unquestioned central control and cultural homogenization. The author argues that while the post-1988 junta, renamed the State Peace and Development Council in November 1997, claims a unique mission in defending national unity and social order, its policies generate political disunity and socioeconomic disorder. Tragically, genuine order, the key to Burma’s development, remains out of reach as the 21st century dawns.