Dress, Textiles and Identity of the Black Tai of Loei Province, Northeast Thailand 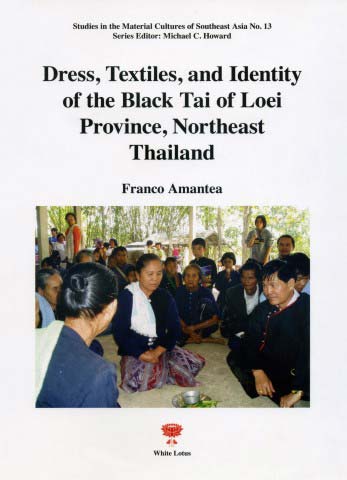 Dress, Textiles and Identity of the Black Tai of Loei Province, Northeast Thailand

Studies in the Material Cultures of Southeast Asia No. 13 Series: Editor:Michael C. Howard

This book examines the contemporary role of traditional and tradition-based Black Tai textiles and dress as material and symbolic representations of the Black Tai’s ethnic and socio-cultural identity. The analysis of textiles and ethnic dress reveals that dress and textiles play a crucial role in the ethnic and cultural continuity of the Black Tai peoples. Although a number of types of traditional textiles have been lost due to acculturation and commercialization, textiles continue to figure prominently in the religious beliefs and practices of the Tai Dam. Moreover, they also determine one’s status, promoting cultural and social cohesion, and more recently serving as a means of economic development.
USD 24.50