Save for Later
SIMILAR BOOKS Show All
Pichard,Pierre

From Sangha to Laity

Voices from the Ground: Concerns Over the Dawei Special Economic Zone and Related Projects 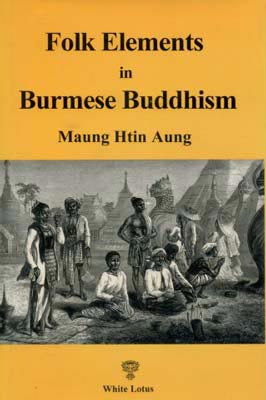 A work on the integrating power of Burmese Buddhism. When Theravada Buddhism became the national religion in the 11th century there already existed a number of primitive religious cults, the most important and most popular of which were the worship of nat spirits, astrology, and alchemy. In addition there also existed Mahayana Buddhism and Tantric or magical Buddhism. All the different cults were given an artificial unity by the fact that they were all under the patronage of the Ari monks. These Ari monks had some acquaintance with the Buddhist scriptures, gloried in the name of Buddha, and wore dark brown robes and conical hats. But they also presided over the nat spirit festival at which hundreds of animals were sacrificed. The nine chapters of this book deal with: folk elements in Burmese Buddhism; the nine Gods; the feast of the New Year; the cult of alchemy; the cult of the magus; the Lord of the Great Mountain; the thirty-seven Lords; initiation ceremonies; and the Ari monks and the introduction of Buddhism.