Save for Later
SIMILAR BOOKS Show All
Boca, B. Del & C. Fallani 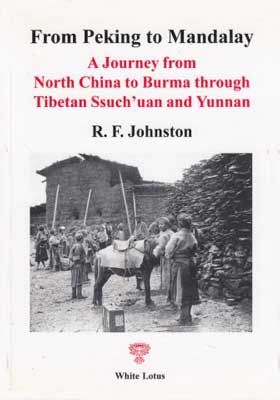 This reprint describes a journey during January to July 1906, from Weihaiwee, a Treaty Port situated at the easternmost tip of Shantung Province to Rangoon in Burma, with the purpose of gratifying his own desire to visit those parts of China least known to Europeans, and gain knowledge of the tribes inhabiting Eastern Tibet and Yunnan. The route covered some three to four hundred kilometers, the most difficult parts being the ones described in detail, backed by vivid photographs. Johnston aroused considerable interest as he was accompanied throughout by his pet bull-terrier. He visited the sacred Mount Omei in China and the town of Tali-fu near Lake Erh Hai, the center of the Tali Kingdom in the eighth to fourteenth century, which he reported to be a Tai or Shan Kingdom. Johnston entered Burma at Bhamo, enjoying the luxury of British colonial life. His wide reading sets his travel account apart. The text, reinforced with a short comparative table of a hundred words and expressions in six minority languages, relates it to ongoing scholarly debates on Buddhism, anthropology, and cultural history of East Asia.