Great Mosque of Banda Aceh, the

Save for Later
SIMILAR BOOKS Show All
Krause, Gregor

Weapons and Fighting Arts of Indonesia, the

Symbolic System of the Giman of South Halamahera, The 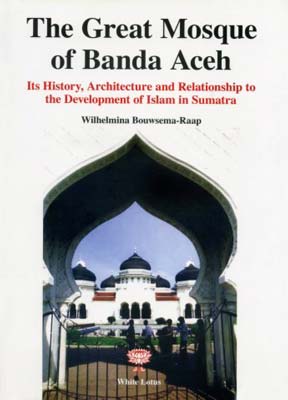 Great Mosque of Banda Aceh, the

Its History, Architecture and Relationship to the Development of Islam in Sumatra

This book presents the complete history of the iconic monument of Aceh, Sumatra, a crucial symbol of Acehnese identity. We follow the Great Mosque (Masjid Beit ur-Rahmari) from its first incarnation four centuries ago, during Aceh’s Golden Age, through to the local response to colonialism in the 19th century, and the political struggles of recent decades. Aceh became a prominent center for Islamic Learning and Literature in the 16th century. A new and unique style of Islamic architecture arose during Aceh’s Golden Age, under the rule of Sultan Iskandar Muda. In the 19th century, colonial influence resulted in a Christian style replacing the older tradition. However, over time, this was transformed by the Acehnese into one of the most beautiful Islamic hypostyle mosques in the country. In August 2005, Aceh signed a peace agreement ending the long and violent struggle for independence from the Republic. Now Aceh is flourishing again, as in the 15th and 16th centuries. Bouwsema-Raap’s reconstruction of the history of the mosque’s different phases takes us from Aceh’s position as the most powerful and wealthy state in the region and an international center of trade and Islamic learning, via the Dutch colonial period with its territorial aggression and curious cultural policies, up through the first half-century of independent Indonesia, with the long-overdue return of decision-making power over the mosque to the Acehnese themselves.
“In a world struggling with the collapse of rich histories and cultures into politicized fundamentalist stereotypes, and in the space where the disciplines of Southeast Asian Studies and Southeast Asian art history intersect, this book makes a welcome and important contribution.” Astri Wright, Professor of Southeast Asian Art History, University of Victoria, BC, Canada.