Notes on Birds of the Irrigated Area of Minbu District. Burma 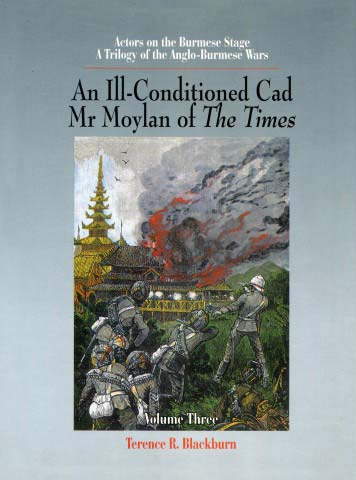 Actors on the Burmese Statge. A Trilogy of the Anglo-Burmese Wars

During its long history The Times newspaper has employed many colorful characters to report on world events, among whom Edward Kryan Moylan must rank high in that pantheon, albeit now almost entirely unknown.. When things got too hot in Ireland Moylan decamped to the Gold Coast and so was on the spot to witness the events that led the Ashanti War of 1873. He sent home accounts to The Times before they were able to send their own man out. His reports were such that he was retained and at the conclusion of the war, such was the power of The Times he was given an appointment as a magistrate in the West Indies. Once in a position of power his behavior became so intolerable that he was removed from his post and subsequently disbarred. Moylan was faced with a dilemma. He could not go to Ireland and if he stayed in England there was a good possibility that he would face charges of malfeasance. He therefore decided to go to India, and then to Burma, when it seemed that there was the possibility of war with that country. He promptly renewed his association with The Times and was appointed their special correspondent, covering the Third Anglo-Burmese war and the subsequent annexation of Upper Burma. This book charts his malevolent progress as a discreditable journalist, blackmailer, liar, and traducer of the reputations of those in high office, and culminates with his death in 1895 at the age of 51.