Save for Later
SIMILAR BOOKS Show All
Lin Yi

Holy Journey for Soul. the Huis

Margins and Centers: A Decade of Publishng on China's Ethnic Minorities

Ling-Nam or Interior Views of Southern China: Including Explorations in the Hitherto Untraversed Island of Hainan 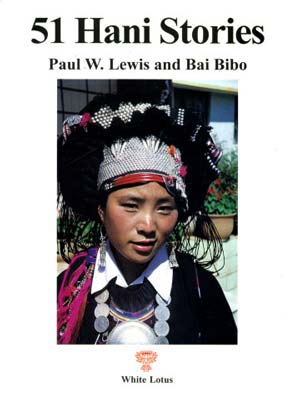 The first comprehensive overview of oral literature of the Hani ethnic group of China in English translation. Some 1.3 million people, called Hani, live in Yunnan Province, in the extreme Southwest of China. They speak a language which is in the Lolo-Burmese subgroup of the Tibeto-Burman family of languages. Roughly ten percent of these Hani call themselves Akha and speak a related dialect, but are considered as Hani by the People’s Republic of China. The stories here are taken from the Doinia (Luchun) dialect of Hani, as spoken in the Luchun and Honghe area. The Hani people love to tell stories. These are told for purposes of entertainment, encouragement and enlightenment.