Save for Later
SIMILAR BOOKS Show All
Nag, Kalidas

Greater India I. Tolstory and Gandhi (Dedicated to the Two Apostles of Non- Violence from Russai and India II. China and Gandhian India (Dedicated to Dr. S. Radhakrishnan

Bringing the State Back in

East Asian Economic Crisis: A Brief Overview of the Facts, the Issues and the Future, Working Paper No. 86, The 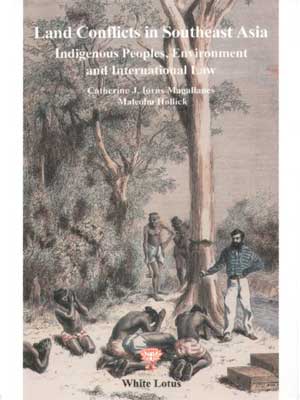 This book deals with the competing pressures being placed on land and resources worldwide as the world’s population grows. Within states, these pressures are increasingly leading to conflicts over land and associated resources and these conflicts are increasingly becoming internationalized. This situation is nowhere better illustrated than in Southeast Asia. This book brings together a wide range of both academic and practical expertise. It examines and analyzes a range of conflicts over land and resources in Southeast Asia and makes recommendations for their resolution. The case studies discuss situations in Indonesia, Malaysia, the Philippines and Thailand. They address development due to industrialization, mining, logging and tourism. The book then focuses on the international legal and political framework which applies to the various conflicts described. Finally, the editors make helpful suggestions for the prevention and resolution of such conflicts at both the national and international level.